Much of the world’s population lives in coastal regions that are vulnerable to rising sea level and storm events.  After the impactful 2017 hurricane season, many urban waters practitioners are asking:   How do communities effectively respond to devastating storms?  And, what does it mean to build resilient communities?  Looking for the answers to these questions, the Urban Waters Learning Network team asked Ingrid Vila, who has first-hand experience with both. 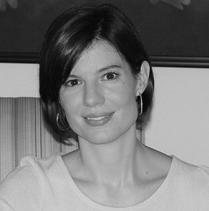 Vila works on the ground in Puerto Rico to create partnerships and community engagement around urban waters.  Vila is a licensed professional engineer, with a background in civil and environmental engineering from Cornell and Stanford Universities.  She served as the Director of Communities Specials and Advising on Environment, Planning and Housing (2001) and Deputy Chief of Staff (2002) under Governor María Calderón as well as Chief of Staff to Governor Alejandro García Padilla (2013-2014).

In her government roles, she worked with communities and learned just how limited their voice was in the decision-making process.  As a result, she and Luis Enrique Rodríguez Rivera co-founded CAMBIO in 2015.  CAMBIO is an organization promoting sustainable actions for Puerto Rico and the Caribbean.  She is also an Ambassador for the EPA Urban Waters Federal Partnership for the Caño Martín Peña where organizations are working to restore the channel.

With her strong history in local government and community organizing, there is a lot to learn from Vila about the Puerto Rico experience in the aftermath of Hurricane Maria.

On September 20, 2017, Hurricane Maria made landfall on the island of Puerto Rico, wiping out nearly all public access to power, water, health facilities, and supermarkets.  While the people of Puerto Rico knew that this infrastructure was failing because of decreased funding and poor maintenance, Vila says, “no one expected the [physical] infrastructure to collapse the way that it did.”

Vila admits that Puerto Rico has been in recovery phase for the last several months – and the rebuilding phase is just starting to take shape.  There is a lot of discussion about federal funding supporting the update of physical infrastructure, which obviously has needed repair.  But, there is limited discussion on building social infrastructure.

Among the most important aspects of building resiliency, Vila shares, are strong community organizations and clear social infrastructure.  Establishing federal partnerships also aid in making response and recovery easier and more straightforward.  Vila also offers some advice for populations, urban or otherwise, that are prone to natural disasters.

“Putting front and center the community as a leader in this effort is one of the things we should strive for in all locations.”  ~Ingrid Vila

Before Hurricane Maria made landfall in 2017, Puerto Rico was already struggling with environmental issues, and it was clear that the problems were tied to social and economic issues. In the 1950s, sparked by several large storms and a stock market crash, the people of Puerto Rico emigrated to the cities of the island where industrialization was favored, and jobs were promised. In the process, the natural resources – wetlands and mangrove forests – were filled in and turned into living spaces.

The Caño Martín Peña in San Juan – once 200-400 feet wide – is now only 4-16 feet wide because it is clogged with sediment and trash debris, making surrounding areas prone to flooding. The water no longer flows between the San José Lagoon and the San Juan Bay, creating dead zones in which aquatic animal and plant life cannot survive.  In addition, the channel receives untreated sewage, creating strikingly high concentrations of fecal bacteria and predisposing the surrounding communities to gastrointestinal disease.  (Watch the video Agua Mala for more information)

For these reasons, the communities organized – and in 2004, the Corporacion del Proyecto ENLACE del Caño Martín Peña (ENLACE) was created by Puerto Rico Law 489.  ENLACE coordinates and implements projects in the Caño Martín Peña area, and connects with 12 grassroots organizations in eight surrounding communities in what is called the Grupo de las Ocho Comunidades Aledañas al Caño Martín Peña (G-8).

This community partnership was in place before the Caño Martín Peña became one of 19 locations designated by the Urban Waters Federal Partnership (UWFP) in 2013.  The goals of the UWFP include connecting underserved communities to their urban waterways, as well as providing pathways for communities to gain economic, environmental, and social benefits.  Now, there is a working partnership between the communities and federal organizations to restore this vital Puerto Rican resource.

In the face of the massive devastation following Hurricane Maria, the people of Puerto Rico displayed the most important kind of resilience – that of human nature.  On this topic, Vila says, “The word resiliency has been out for the last couple of years as something to strive for.  And you can find different definitions for what resiliency is.  But – these communities really demonstrated resiliency under extreme events.”

In the immediate response to the storm, residents turned to their neighbors and families, and those closest to them for relief.  Vila shares that people were resourceful, connected, creative and engaged with one another to respond to an event that they had never experienced before.  She asserts that this is “the social infrastructure that is needed for resiliency.  [It] really came about, and we were able to perceive it and see it.”

Places that had strong community partnerships – like the Caño Martín Peña – were more prepared to help and connect with people because they had already been doing it.  Vila added that because the Caño Martín Peña area had active organizations, residents there were able to assemble and start working on the ground to help people access resources they needed even before government assistance arrived.  The ENLACE office is in the community and became a hub during the storm to distribute meals, make housing audits, and provide connections to residents.

The UWFP with the Caño Martín Peña was also helpful in providing aid in a more efficient manner.  Vila indicated that “the partnership was effective in a similar way that having a community organization structure in place was also helpful.”  In her role of Ambassador, Vila was able to connect community leaders and organizations with FEMA.  As a result, the Caño Martín Peña was likely one of the first locations on the island to receive tarps.  Having that connection prior to the natural disaster made it easier for federal organizations to work with the community.

Because of Hurricane Maria, the partnership also supported the expansion to two more communities in the San Juan area:  Caimito and Juana Matos.  The partnership has, as Vila put it, “been a useful way for these communities to access resources and not only address this event with more capacity but to also help them to be better prepared for future events.”  This new effort began in January 2018 and is designed to enhance community preparedness for future hurricane seasons.

However, very limited locations on the island had plans like this in place.   Those areas without established social infrastructure – more rural and poor communities – were disproportionally affected by the hurricane.  Vila told me that “the situation was so critical – priorities [of federal organizations] went to critical facilities, which left many vulnerable communities stranded…”  These vulnerable communities do not have the resources or ability, Vila added, “to be able to stock up on food and supplies for a month…”  This remains a barrier for many.  After Hurricane Maria, residents still voice concerns about not feeling prepared for another event.

When asked about her ideas on effectively rebuilding Puerto Rico, Vila offers concepts that include rethinking the energy grid, expanding access to clean water, and designing community hubs.  She reflects that the devastating experience of Hurricane Maria is a chance to reconsider how things are done.  “[We have the opportunity] to rethink what we have and build in a much more coherent and sustainable way,” she says.

It is imperative that the government organizations – and those responsible for dispersing the funds –consider these different options as well.  Vila recommends providing plentiful “funding to develop capacity building and community-based organizations because they are the ones who are best suited to respond and to address the needs of community…”

Vila also expresses that it is important for the community to be present and participating in the decision-making process.  While there was an initial public hearing for the grant awarded to Puerto Rico for recovery, it is unclear if there will be further public engagement on the rebuilding process.  She shared her fear that there may not be ample opportunities for communities to engage.

Many Puerto Ricans, six months after the storm, are still recovering emotionally and do not feel prepared for future events.  Defining clear social infrastructure, so that everyone knows what their role is and who they can look to for help will make response and recovery much more effective.  Vila is clear about her message.

“My advice would be to engage immediately in developing capacity building and community preparedness plans regardless of whether the government is doing it or not.”  She encourages the community to “take the leadership and make this a priority in the community’s agenda and in the Urban Waters agenda.  It will make all the difference in terms of how the community feels before, during, and after the event.”

You can find more information on the Urban Waters Learning Network website about the Corporacion del Proyecto ENLACE del Caño Martín Peña, as well as more impact stories about urban waters solutions in other areas.  Coordinated by River Network and Groundwork USA, we support water practitioners who are working to improve urban waterways and surrounding communities.  We provide a platform of communication for people and organizations as well as important resources like impact stories, webinars, reports, funding opportunities and more.  Connect with the Urban Waters Learning Network today!

One Response to “Social Infrastructure is Key to Building Resilient Communities: Insights from Ingrid Vila on the Puerto Rico Experience”