This report makes an argument for funding the “water infrastructure gap,” showing that doing so would benefit the U.S. economy by netting $220 billion annually and supporting 1.3 million jobs. The Value of Water Campaign documents the number of jobs supported by water infrastructure activities, as well as direct impacts on businesses and other aspects of the economy. Despite these potential impacts, the U.S. is currently only funding one-third of water infrastructure needs. If maintenance and improvements continue at current rates, the gap in funding will widen while needs increase, having a detrimental impact on the U.S. economy and impacting drinking water supplies and sewer systems. The report also compares current infrastructure investments, showing that investment in water has been on a sharp decline relative to other types of infrstructure. According to the report: “Water infrastructure is fundamental to our nation’s economic health. By keeping water infrastructure in a state of good repair, we strengthen our economy. As this study shows, investments in water infrastructure generate high- quality jobs, increase the competitiveness of American businesses, and lead to a significant injection of economic activity throughout the nation. Over the long term, all sectors stand to benefit from improvements to the reliability and efficiency of water systems. By meeting the gap, the US economy stands to gain a total of $2,220 billion in additional economic activity over the next 10 years.” 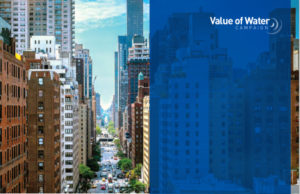