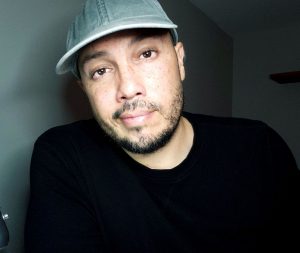 The Ironbound Community Corporation (ICC), a member of the Urban Waters Learning Network since 2012, is a model example of an intersectional organization working on behalf of both the community and the environment. With funding from the EPA Urban Waters Small program, in 2012 ICC expanded their efforts to educate and activate residents in Newark through community programming in the new Riverfront Park. [See: Rebranding a River and Reconnecting People to Nature.] In 2013, the Lower Passaic River was also designated as an Urban Waters Federal Partnership location, to which the ICC is an integral partner.

Daniel Joseph Wiley—a lifelong resident of Newark, NJ—works on housing policy with ICC as the Housing Justice Program and Policy Manager, advocating for both housing and environmental justice in the East Ward of the city where rapid riverfront development threatens affordable housing. He has recently participated in the Urban Waters Learning Network’s Equitable Development collaborative. [See: Building Community Leadership as An Anti-Displacement Strategy to hear more about Daniel’s work.]

I was able to speak with Daniel to learn more about him and his work. This interview was edited for length and clarity.

What does the role of Housing Justice Program and Policy Manager at ICC entail?

Baseline, it’s organizing. The position was created in 2015. We started seeing more …intentional development happening in our neighborhood…more luxury apartments, transit-oriented development etc. So, we’re like all right, we need to do something about the possibility of gentrification and also to fight displacement. We’re so close to New York City and places like Brooklyn; we knew what was going to happen based on trends with development. We got funding from different sources and created the housing justice program. From there we started working on policy, the meat and potatoes of the position. The first thing we started working on was inclusionary zoning, we strengthened our rent control ordinance, and we worked on right to counsel. It’s a somewhat well-oiled machine; we pretty much have a “housing wing” at this point.

No, not at all. It’s been hard to learn about all of these housing policy laws and the framework around them. It’s hard only because of jargon… but seeing what goes on in the room when policy is being made has been very helpful. Essentially what I’ve learned, and this is my opinion, is that you’re taking basic ideas and turning it into a new language…

What has made it easy is the lived experience and knowing the community so well. The silver lining [of the COVID-19 pandemic and moratoriums on evictions and foreclosures] is, we’ve seen all the holes that need to be plugged in housing policy, and those are things that we’re working on.

The work that you do at ICC is so intersectional with a focus on environmental justice; and now you have this whole wing devoted to housing policy. What advice do you have for other organizations doing environmental work? Was that shift any easy one for you and your organization?

Yeah, it was. I’ve lived in Ironbound most of my life. ICC has been in the community for 50 years. Every campaign that ICC has worked on has been grassroots. For the most part, you’re pretty much working with the same residents or generations of residents that are dealing with similar issues. The intersection is always there. People that live in public housing, and our impoverished neighborhoods, live within walking distance to the [Covanta] incinerator. They also live within walking distance to the riverfront. It’s usually an obvious cross section.

What about organizations that don’t necessarily see it that way?

Sometimes there is a disconnect with the communities that [other organizations] organize in…kind of like this helicopter organization where folks that are working in the community aren’t necessarily from there or aren’t very familiar with it, [but] they’re familiar with policies, etc. There’s nothing wrong with it because the more help, the merrier. But I think, when you don’t have an intimate relationship with your community and know as much as possible about it, it can lead to decisions [in which the community may think] “we can’t focus on that right now.”

Riverfront development is a big thing now, and you start to see with that comes the interest to clean up the river, with an emphasis on “We have to do it soon.” A lot of people get frustrated when things don’t happen too soon.

I’ve learned this from the seniors that we worked with in public housing: When they do things, they’re not doing them for themselves. Of course we want immediate change, but I think the lesson to learn is what we do now is not just for us, but it’s for people in the future to benefit.

What impact would you like ICC to have in the next few years?

The preservation of public housing, because the need for affordable housing in the City of Newark is at its peak right now. And then the creation of affordable housing. When it comes to our environmental justice work, there’s a lot of policy that’s in place, especially [related to] cumulative impacts at the state and city level [See here for more information on NJ’s cumulative impacts environmental justice law.] Enforcement—extreme enforcement—of those things is something I hope we can see in the next five years. Environmental racism has plagued our neighborhood for many years to the point that we can’t even appreciate the river, the natural things that are there, without the thought of the contamination and everything else that’s in there.

What keeps you motivated?

Knowing that what we’re doing is right. We’re fighting for a common cause.

At the same time, there’s plenty of times during the week where I wake up, or my day starts and I’m just like “I don’t want to do this anymore.” It’s very heavy work. When you work with [an organization like ICC], you have folks that understand what happens in communities of color and poor communities and the trauma that comes with that.

Do you have a practice that keeps you balanced?

I’m dedicated to art; I’m a dedicated artist. I went to school for illustration, and I’m actually in school now for creative placemaking. I paint, I draw, I work with other artists in the community. We’ve created tons of public space throughout the neighborhood. Sometimes during the lunch break or if I know I have nothing on my calendar, I’ll turn my phone off, and I’ll just draw for hours just to get things off my mind.

Tell me more about the placemaking degree that you are pursuing.

[The program] is part of the National Consortium of Creative Placemaking. So it’s a collaboration from different schools. This one is based out of New England College School of Design. It’s a residency program for a year; I’ll be done in June. I’m working with some of the greatest urban planners and placemaking folks in the nation. I’m learning a lot, but at the same time, coming from an organizing background, I’ve been able to…you know… ruffle a couple of feathers in those conversations. It’s really fun.

Through the years, in my research on gentrification and displacement, placemaking comes up as an important strategy for keeping communities where they are.

Yeah – it’s huge. When we started the placemaking projects in our neighborhood, [we talked] to the artists and said, “We don’t want this to lead to what happened in the Wynwood area of Miami or the Bushwick area of Brooklyn, where local artists had this great idea to beautify the neighborhood and it turned into a tourist attraction.” It’s scary, especially when you know it’s three-square miles of mostly black and brown folks and three public housing sites. No, we can’t have that happen.

We do want it to be an economic driver for the neighborhood, but I think that economic success has to come with the community in mind, and not outsiders. This is a community-wide beautification project and it’s become a citywide landmark. The mayor has come to visit. It’s been mentioned in the media. At the end of the summer [we’re going to host] an international Graffiti Festival. We had those intentional conversations about what community-led initiatives really mean and [it is clear] who has ownership over this.

What advice do you have for young people getting started in this work?

Don’t be scared. Never be scared, fear is something that holds our communities back… When we’re talking about housing policy and tenant rights, the amount of fear that folks have comes from retaliation or the fear of the same old same old happening. That cycle of things not working out for our communities, poor communities of color. One of the things I’ve learned is you have to step off the ledge way more than you have to be careful.

Be mindful and sensitive to the communities that you’re working in. It’s fortunate that I have the opportunity to work with an organization that’s been in the community so long. I know the community. At the same time, when I started organizing as a job, there was a lot of trust that I still had to build… That took a lot of myself being vulnerable and also being sensitive to what the community members wanted. It’s a matter of being willing to collaborate. And, cultural competence is huge. If you can apply sensitivity to a community and pay attention—as much as possible—to the nuances in the conversations within a community, it can save a lot of lives.

No Fear. Be sensitive. Those are the two things.